Post-Carroll Street, when you are Brooklyn-bound

On what my father called the IND,

The F emerges from beneath the ground,

And fills with light (by day) and you can see.

And what you see, if you look to the left:

Scratchiti; the reflection of your face;

Within the tracks’ Erector Set embrace.

A Sheeler painting, all blue sky and steel:

The swan song of Kings County’s smokestack past,

As out of reach as Whole Foods’ lot is vast. 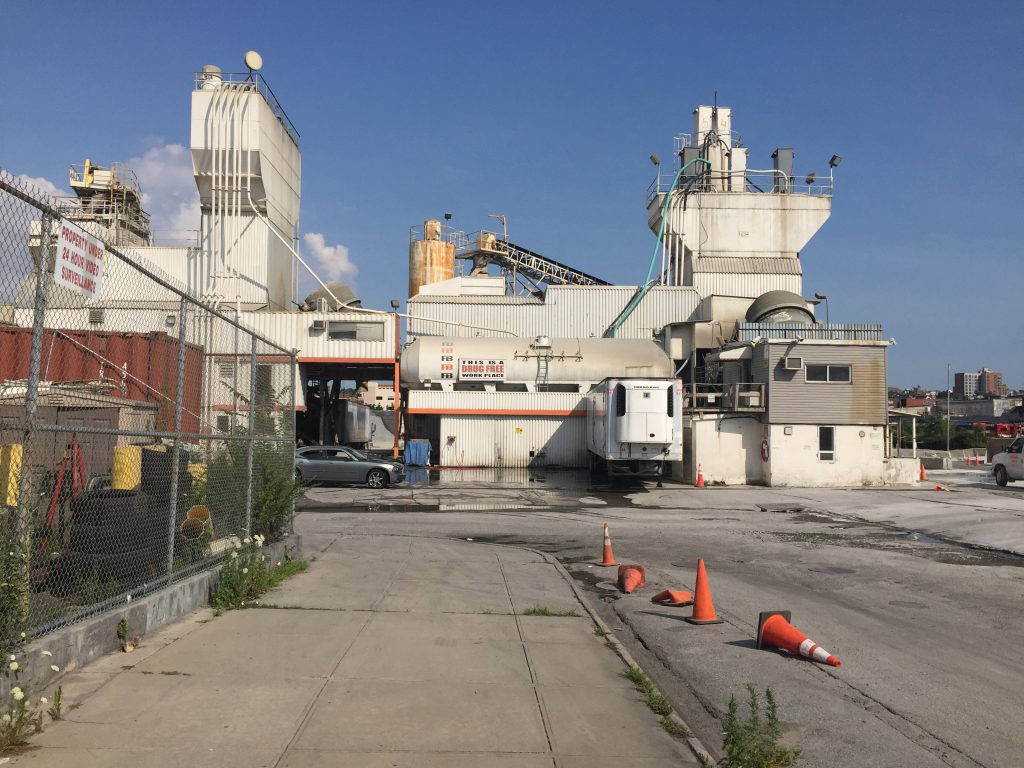 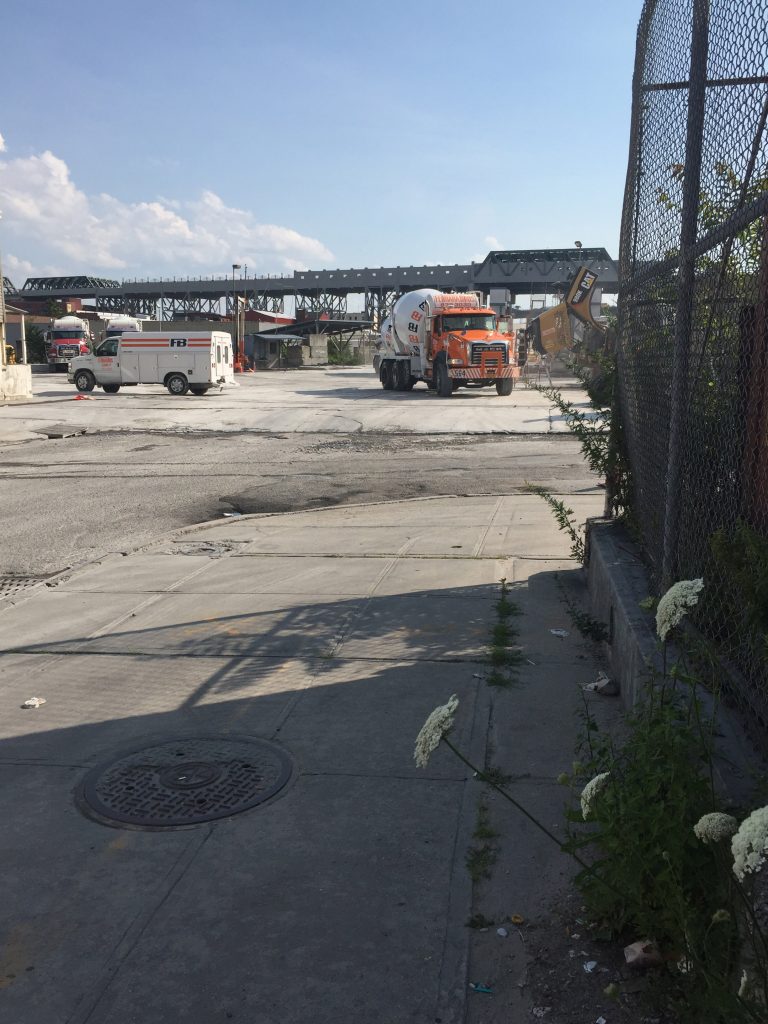 This entry of Mapping Gowanus is by Henry Tenney.

Sorry little strip
More on-ramp than road
Does the sun ever kiss your oil-stained stroll?
Do you ever feel the footfalls of one not lost? One not frantic for the handheld
deliverance of GPS?

A rust-and-macadam behemoth mocks you from above, ferrying thousands.
Home, to a show, to anywhere else.
While you, ungainly, squat below.
Unnoticed. Unloved. Barely mappable.

Do you care when every now and then SUVs packed with Park Slope’s soccer
promise gasp and cluck their tongues when unintended, they ply your weary lane?

Do you even exist in the dreams of children now that your once-proud giant
inflatable blue gorilla no longer sits above to announce your presence?

You will never house a cold-brew coffee shop with terrific scones, 16th Street.

The cars will just keep whizzing and honking past you, just out of reach.
A river of cars, oblivious to your hidden charms.

But some day they’ll know!
If they’re in the market for a rolling steel garage door, say, or are thinking about
trying their luck at the weekly seized auto auction.

Oh, yonder chime the bells of the emperor

Awakening the citizens of an imperial scene

Which their metal brethren proceed in between

Flowers for the queen giggle in thin green gowns

Muffled by cement petticoats which tie them to the ground

Quite satisfied to ponder, immobile, in a fissure

For a city prince who is nowhere to be found

Perhaps he is in the palace, a church with banners and a fence

Or, more likely, gratified by the safety provided by brick forts

In a historic place, according to Colombus’ report

And he drinks to his pleasure bubbling potions

Still believe this is just a street? Let’s reexamine your notion

Even the sky blushes in compassion for this kingdom

And pales into a cloud-white pearl to further match

The royal embroidery of milky snow lining the avenue

The fanfare, a lovely orchestrated symphony for the matriarch

Of car horns, the violin-like sigh of the wind, and percussion of tires

First, as a soft hum with the engine, and a resonating roar against the gravel

Followed by the soundtrack of violent scarlet trucks heeding fires

But before you reach the end of this grand, open palace hall

At the banquet of kinds, the toasty Roothill café

Grab your raincoat cape and your beanie crown

And stop by the royal garden on your way

Where emerald vegetation whispers in the silence

Which amber sunlight breaks with a few well-placed chimes

It may be small, but this garden is worthy of Versailles

For it possesses a magic even an actor can’t pantomime

Perhaps I missed these in my newfound heiress home

But I love it all the same, if not more, just as well

Yet I’m shocked that you do not hear the bells

They are always ringing, the sound gentle but clear

Hard to see and hard to hear

You can walk down Carroll street, the worn pavement well-lit

You can sit on 1st St, deciphering why the bells are silent with all your wit

But like everything in life, both the glamorous parts and painful bits

You will not find them unless, from the depth of your heart, a part so deep it is a pit

You are asking, and most of all, believing in it

And that faithful Brooklyn city pleasure

Is greater than any fantasy royal treasure

Because, although to Los Angeles I am loyal

There I may be a peasant, but in NY I’m always royal

Amanda stayed with us and got to know Gowanus while attending the UN Conference on Women and Girls as a delegate. Upon her return to her home in Los Angeles she started a campaign for global education. Visit onepencampaign.org  for more information.

My mother and I were exchanging emails this week about what defines a poem, or poetry, these days. (I suggested she write a guest blog, which she may take me up on.) She also still has dial-up and has expressed interest in being able to get on wi-fi at a local coffee shop. I thought I’d send her some instructions. I’ve often thought email is a sort of modern haiku. Here is our exchange:

From: Marin
To: Mom

It should be that you:

Take your kindle and/or laptop to the coffee shop.
Order a coffee.
Ask what the wifi password is (sometimes there isn’t one, it’s free)
Open laptop or kindle
Go to “wifi”…which in your laptop is probably some icon at the top.
Select the correct network (probably something like “starbucks” or “pete’s wifi”)
Let it connect

Then open your browser.
Sometimes it makes you put in a password into the coffee shop homepage on the browser.

Then you should be good to go.

This sounds more complicated than it is. Just ask someone at the coffee shop to show you.

From: Mom
To: Marin

are
you
out
of
your
mind
?