This is the view from the writer’s room I belong to in Gowanus. I love this space, because when I go there I am often productive. I am lucky to also have a nice home, but my office there is small and crammed with hard drives and a computer used for video editing. So when I write at home, it is on the couch or propped at the kitchen counter. I am easily distracted at home. I don’t know why. I’m not someone who alphabetizes CDs, bakes cookies, or does laundry to avoid writing. And I generally have my home to myself. It is quiet. But I don’t get nearly as much writing done in this cozy environment as I do when I go to this room with ten cubicles and bars on the windows. 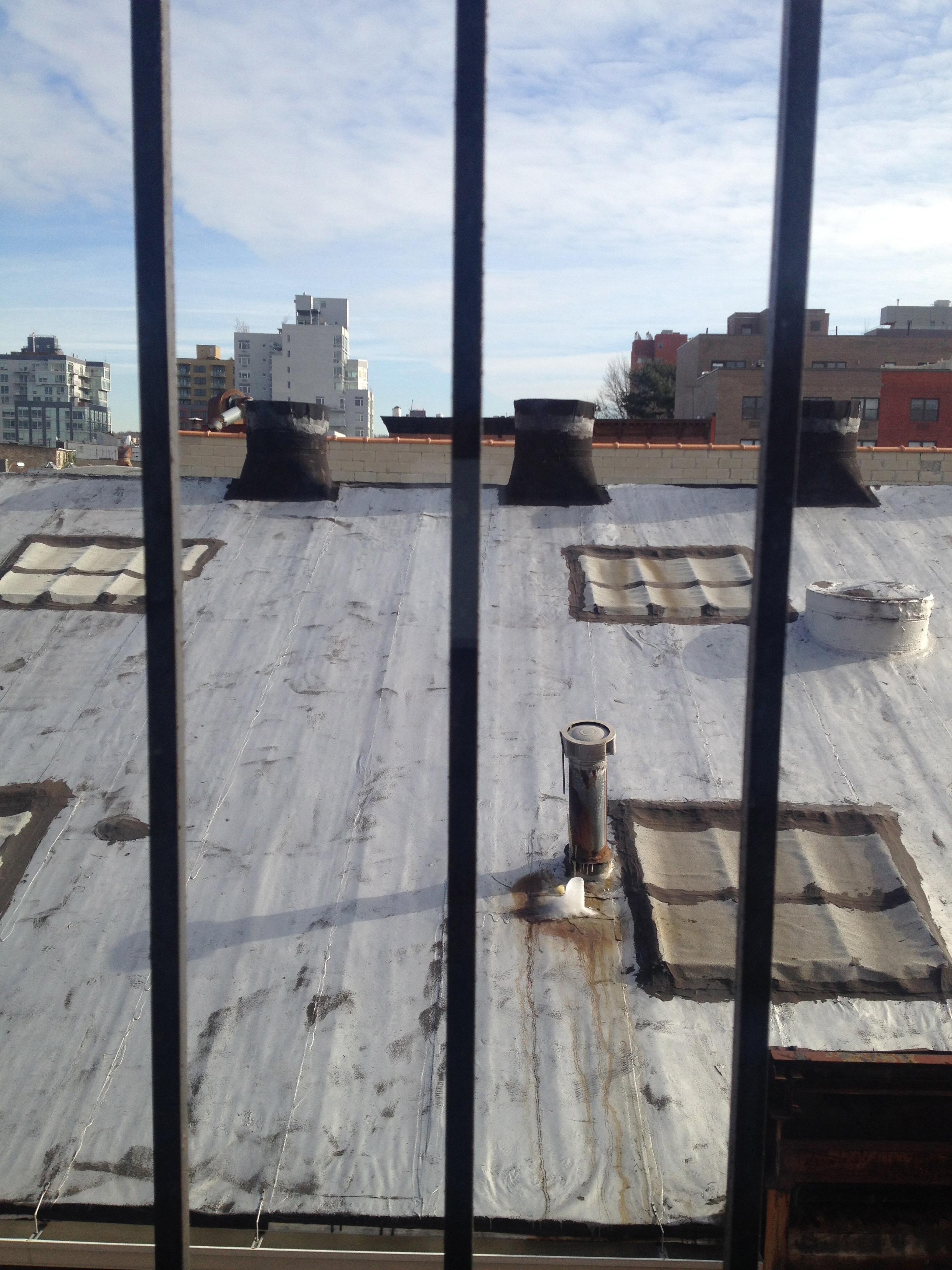 What is it about the creative process that requires us to be hard on ourselves? I have spent thousands of dollars over the years on classes and workshops to “force” myself to write. To “shame” myself into having deadlines. To “light a fire under my ass.”

And I have spent enough time with other writers to know I am not alone in this. Why is it hard to make ourselves sit down and express ourselves? The very name of this blog – Deadline Gowanus – came from my fondness for the sword of Damocles.

I have been writing a spec script. Which means something I am writing on my own. No one is paying for it. No one cares if I finish it. So I can take as long as I want. And rewrite it over and over until I am satisfied. It’s awful. (The process. Hopefully, not the script.)

For six months last year I wrote a soap opera. The volume of pages I had to produce, and the tidal wave of deadlines was like nothing I’ve ever experienced. When people ask what it was like, it’s all I can do not to grab them by their lapels and shake them and say “You. Have. No. Idea.” It taught me that there is no such thing as writer’s block. If a cast and crew is waiting for three new scenes that have to shoot in an hour, you get very creative, very quickly. Did I mention it was also the most fun I have had as a writer?

Part of the benefit of a deadline – for me –  is definitely about adrenaline triggered by a fear of failure. But there is also something about setting limits that I think helps creativity.  When there is a time limit, an end point, we are forced to dig deep and do what we can with what we have at our disposal right at the moment. Not do a lot of research. Not think of all the things it COULD be. But just make it what it can be right now. And then, move on.