I click on a headline. Read the set up, get hooked on the characters or the world I’ve been invited into, and then, without warning. It’s over. That’s it. The End. No development of plot. No point. Like a glass of water brought to the lips of a hostage and then yanked away.

Too much of what I read today has become a “so what” experience. Even when I click on a link to a piece in a respected periodical, I quickly discover they are blog posts and are over after a few paragraphs.

“They” will tell you – and by “they,” I mean those who pay writers– that it is the digital times we live in. There are too many places to get content. Too much competition for eyeballs which means lower ad sales, which means no money to pay content providers. (We are no longer called writers.) So pay is low, which means pieces can’t take a lot of time to write or be very long. Reporting is a luxury afforded to a handful of writers for a handful of periodicals that still publish on paper. 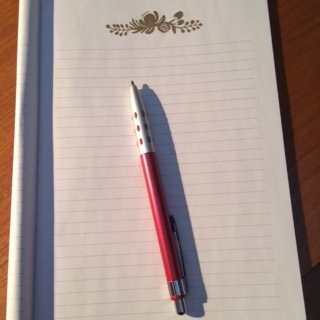 A dollar/word (the going rate when I first wrote for magazines twenty years ago) is now only for writers with “a following.” (By “following” they mean Twitter. Not people who will, say, show up at a bookstore reading to hear you read your work in person). This is because people with followers can tweet. And, the theory goes, some of the people the writers tweet to will click on a link. It doesn’t even matter, really, if the followers read what they find when they get to the link, though it would be better if they liked it (and by “like,” they mean the act of pushing your thumb, to create a digital thumbs up). Even better, is if followers share it (and by “share” they mean re-post it to one’s “wall”). All of these clicks of the thumb can be used to convince an advertiser to spend money to post an ad on the website you are writing for, so that someone will click on the ad to buy a product, rather than read the short, unreported thing you have written.

That last paragraph is not satire.

In a book proposal these days, you need to include a section on your “metrics.” Which means the aforementioned followers, clicks, and shares. It used to be that writing a book was how you got readers. Now you need to show that you already have an audience of people who read 140 characters of your prose regularly. The assumption being that they will be clamoring to read 50,000+ of your words. This strikes me as a wrong assumption, given that most followers can’t be bothered to read your 140 characters regularly. I assume the reason for the metrics in a book proposal is to arm a publisher’s sales force with figures they can take to the bookstores to convince them to stock your book. And by bookstores I mean Amazon and Barnes and Noble. Though actually I guess I mean just Barnes & Noble because Amazon doesn’t need to stock your book. Amazon can just send a drone to Barnes & Noble to pick up a copy of your book and deliver it if one of your followers thinks about buying it.

I am worried about the state of writing. Not just because I make my living doing it. It has never been a lucrative job. I have had to write board game questions, books about dowsing, and episode summaries of The Wire to pay for my health insurance over the years. I can make more money producing videos or writing soap operas, and frankly, those jobs are more fun than sitting in front of a blank screen or pad of paper and trying to think something through carefully. What I am worried about is the lack of thought and rigor in the things I read. I am worried for what it will do to our individual and collective brains. I am worried for how it will impact our cities, our nation, the world.

Writing is how I think. Some people speak to think. Some write to think. And all of us read to feed our thoughts. As the state of writing gets reduced to blog posts and clickable headlines, nuance and complexity are lost. Maybe it is the reason our nation has been split into 51/49 party lines. We are becoming black and white (or red and blue, in this case) thinkers. No one has time to consider all of the angles. We “like” links on Facebook and post comments without reading the articles. Why read the article when the click-bait headline tells us all we need to know?

If we stop paying writers to report, to think, to make complicated points, we are at risk of forgetting how to think. We are at risk for losing our ability to see the other side of things. I don’t think it is hyperbole to say that this kind of intellectual wasteland is what feeds terrorism.

I wrote a click-bait headline: If We Stop Paying Writers, the Terrorists Win. But I have tried to make the argument to earn it.

I could go on. I could post links to many of the lines in this essay, to point you to studies or articles that back up my assertions. But no one is paying me to write this. And it is cold and we need more oil for the boiler so I must turn my attention to something more lucrative. Like a listicle.

This is not an attack on “they.” It is not their fault. It’s how the business of writing is being allowed to deteriorate. I don’t know what the answer is. But I do think the profession of writing needs to be saved. It is a matter of national health and security.

In the meantime, I leave you with this brief blog rant. (Though at 1000 words, it is nearly twice as long as today’s preferred syndicated column length.) And I urge you to read something long and complicated.