Songwriter and musician Chris Rael shot a music video on his block. Enjoy “Dip Me In the Gowanus.”

Oh, yonder chime the bells of the emperor

Awakening the citizens of an imperial scene

Which their metal brethren proceed in between

Flowers for the queen giggle in thin green gowns

Muffled by cement petticoats which tie them to the ground

Quite satisfied to ponder, immobile, in a fissure

For a city prince who is nowhere to be found

Perhaps he is in the palace, a church with banners and a fence

Or, more likely, gratified by the safety provided by brick forts

In a historic place, according to Colombus’ report

And he drinks to his pleasure bubbling potions

Still believe this is just a street? Let’s reexamine your notion

Even the sky blushes in compassion for this kingdom

And pales into a cloud-white pearl to further match

The royal embroidery of milky snow lining the avenue

The fanfare, a lovely orchestrated symphony for the matriarch

Of car horns, the violin-like sigh of the wind, and percussion of tires

First, as a soft hum with the engine, and a resonating roar against the gravel

Followed by the soundtrack of violent scarlet trucks heeding fires

But before you reach the end of this grand, open palace hall

At the banquet of kinds, the toasty Roothill café

Grab your raincoat cape and your beanie crown

And stop by the royal garden on your way

Where emerald vegetation whispers in the silence

Which amber sunlight breaks with a few well-placed chimes

It may be small, but this garden is worthy of Versailles

For it possesses a magic even an actor can’t pantomime

Perhaps I missed these in my newfound heiress home

But I love it all the same, if not more, just as well

Yet I’m shocked that you do not hear the bells

They are always ringing, the sound gentle but clear

Hard to see and hard to hear

You can walk down Carroll street, the worn pavement well-lit

You can sit on 1st St, deciphering why the bells are silent with all your wit

But like everything in life, both the glamorous parts and painful bits

You will not find them unless, from the depth of your heart, a part so deep it is a pit

You are asking, and most of all, believing in it

And that faithful Brooklyn city pleasure

Is greater than any fantasy royal treasure

Because, although to Los Angeles I am loyal

There I may be a peasant, but in NY I’m always royal

Amanda stayed with us and got to know Gowanus while attending the UN Conference on Women and Girls as a delegate. Upon her return to her home in Los Angeles she started a campaign for global education. Visit onepencampaign.org  for more information.

Here’s my pitch for a movie scene that takes place on 3rd Ave between 10th and 11th Streets in Gowanus.

I guess it would begin with an establishing shot of the block with the overpass in the background. 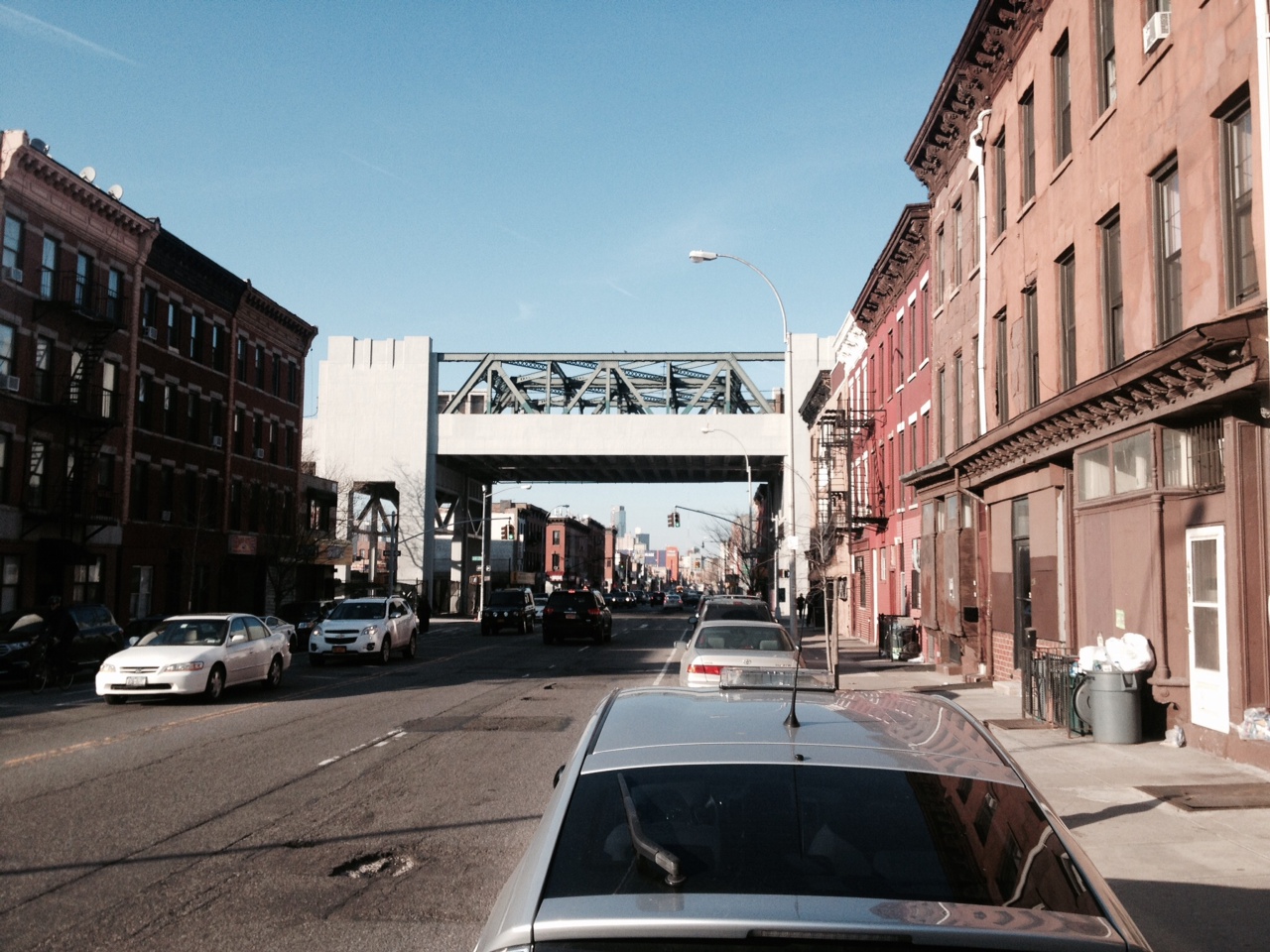 And then I would slowly hone in on GIDEON (35) waiting for his car to be repaired at the El Diferente Auto Repair. His back passenger window is busted. 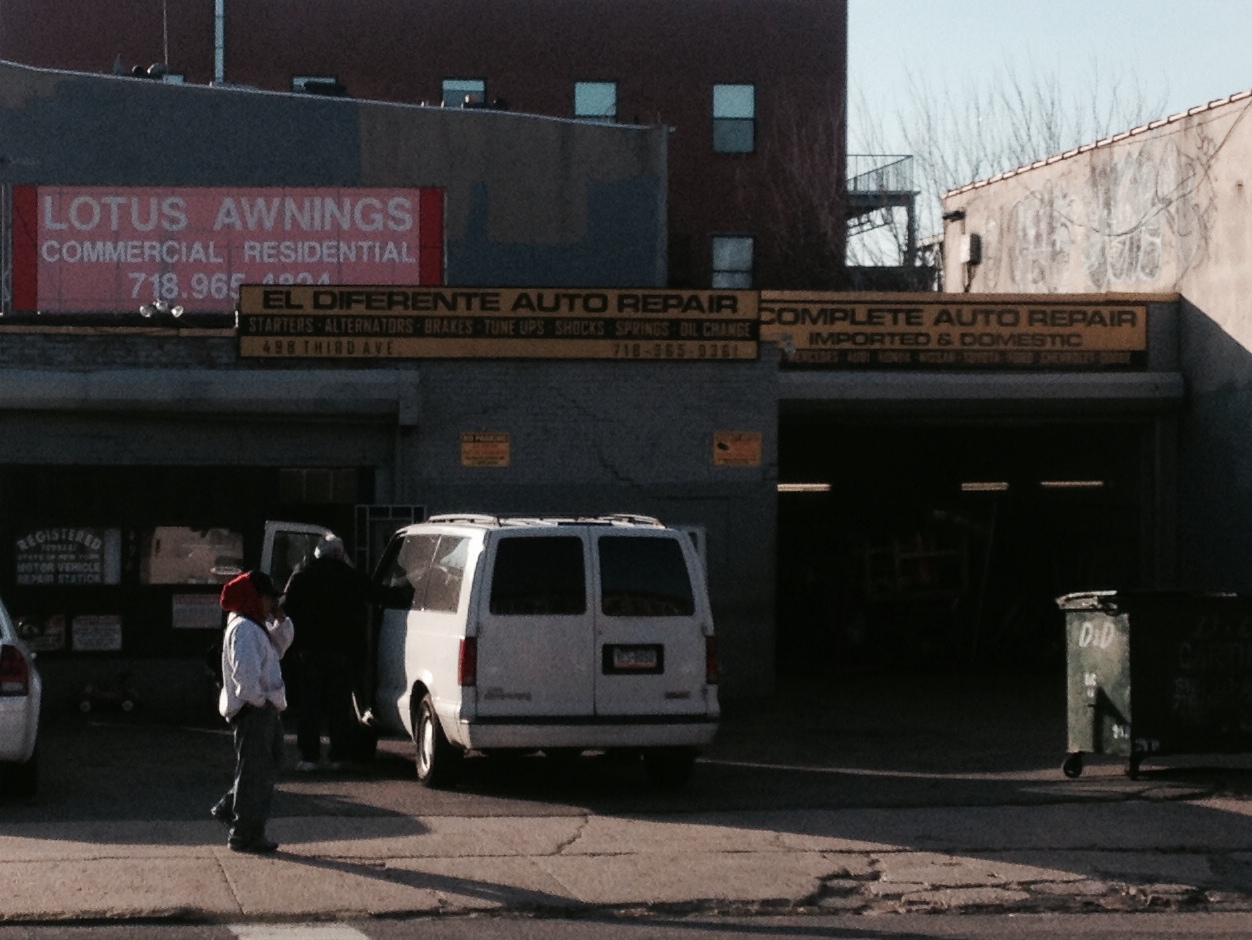 Gideon is feeling antsy so he looks across the block and sees AUDREY (30) coming out of the Gowanus Wine Merchants. She lights a cigarette. She nods to him. He’s not normally a flirt, because he doesn’t want to come off as a lech, but she nodded at him first, and anyway, his phone is dying, and he needs to kill time, and he tried to read a copy of the Village Voice, but that paper is just a shell of itself at this point. 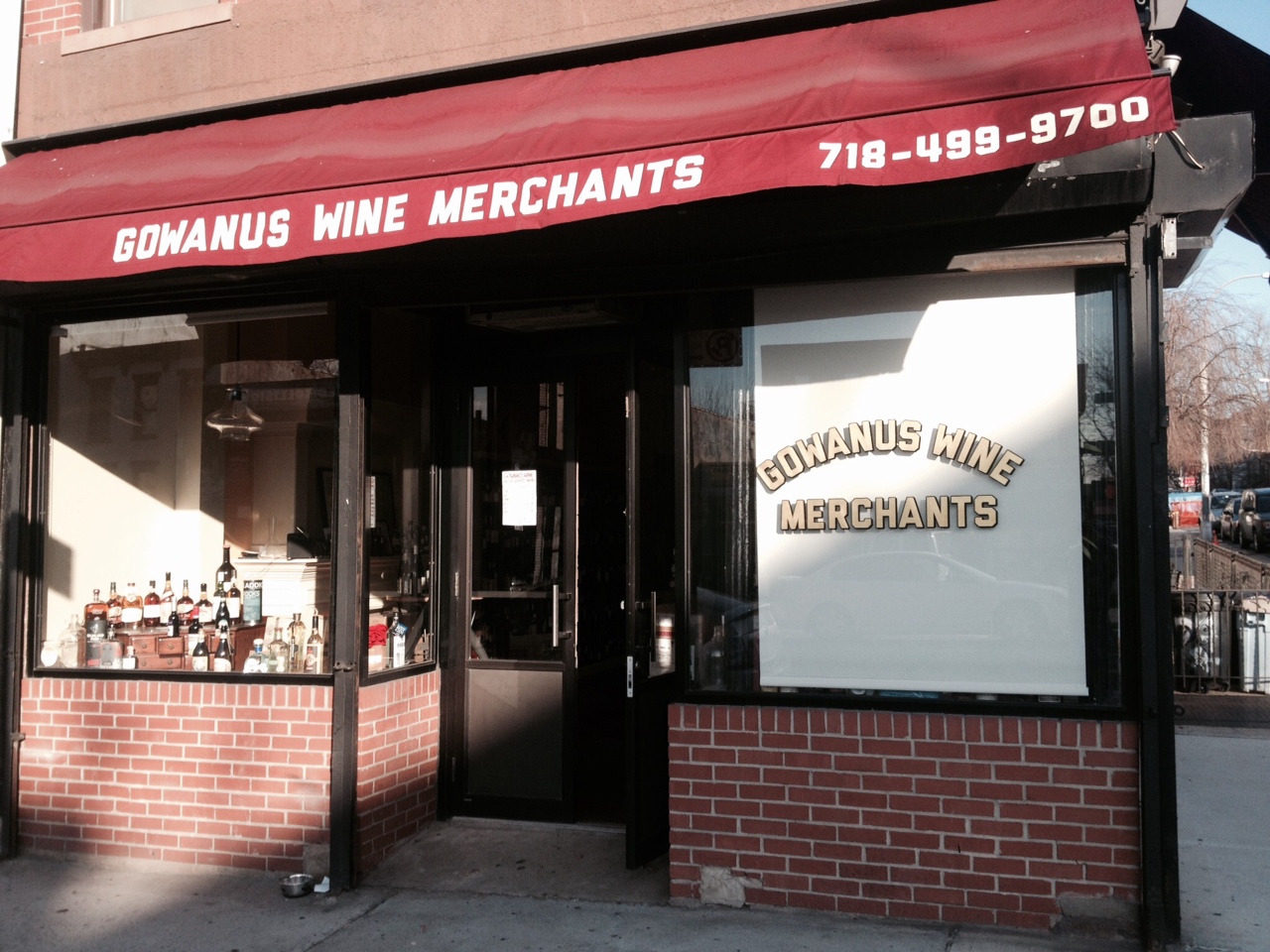 Audrey is feeling bold today herself and she crosses the street to talk with him. She breaks the ice by asking what’s up with his car. He says the back passenger window is busted. She asks him how that happened and he said he drives an Uber at nights to make extra money. Some asshole kids from Long Island caught a ride with him in his Uber last night and they were drinking in the back and they cracked the window with one of their liquor bottles. It really wasn’t cool. He screamed at the kids and they tossed him some cash because they were so afraid of him. He didn’t mean to scare them that much. He doesn’t remember when he became so scary but now he guesses he is.

Audrey says she knows the feeling. Just the other day, she was working at her job, right across the street at the Gowanus Wine Merchants, and some hilariously blatantly underage kids came in, and she got so fierce with them, she practically chased them out of the store. She doesn’t know when she got so hard. She’s glad that she can take care of herself but she’s not sure if she likes it.

Gideon points out that El Diferente Auto Repair translates into The Different Auto Repair, and he wonders why you’d want auto repair that was different. He feels like you’d want your auto repair to be standard. Audrey says maybe it’s about customer service, that’s what makes it different, that they take care of things, that it’s better than the usual auto repair. Gideon says he’ll have to wait till his window gets repaired, then he’ll know for sure if The Different Auto Repair is different in the wrong ways or the right ways.

It’s time for Audrey to go back to work but she’s enjoying talking to Gideon so she lights another cigarette. She asks Gideon if he wants a smoke but he tells her that he quit. Then she asks him if he’s ever been in the Gowanus Wine Merchants where she works, and he says he quit that too. Audrey says, Boy, you quit everything, didn’t you? And Gideon says, That’s what it feels like, yeah.

Then Gideon tells her, I used to be one of those bourbon snobs. I knew every make of bourbon. I went out to bourbon tastings. I’d go to bars that offered bourbon flights and I’d order those bourbon flights. Audrey says, You were an aficionado. Gideon replies, I thought I was an aficionado but I was really a drunk. I thought I was El Diferente but I was really just the same. So finally I quit. I’ve been sober six months now.

Good for you, Audrey says, and she suddenly decides to put out her cigarette. They look at the block. Audrey says, I’ve lived in this neighborhood for ten years now, since I came here to New York to go to school. Gideon says, What did you go to school for? Audrey replies, You don’t tell me your dreams and I won’t tell you mine. And Gideon laughs and says: Deal.

Audrey says, Look at this old auto repair shop right across from this fancy wine store where I work. How do they exist on the same block in the same moment? They’re miles apart. They’re decades apart. I see the old ladies coming out of the apartment buildings with their recyclable cans and their walkers, passing by the hipsters on their way to happy hour at Lucey’s Lounge. How do we all live together in the same space? Some of us are from the past and some of us are from the future, and none of us are here at the right time. And Gideon and Audrey both have to think about that. Their silence lasts so long that it becomes uncomfortable and then comfortable and then uncomfortable again.

Speaking of time, Audrey says, I’ve got to get back to work, I’ve already stretched this break past the breaking point. Nice talking to you, Gideon says. Audrey says, Good luck with your car.

Audrey heads back inside the Wine Merchants. Gideon looks across the street at his car, which is still being repaired. He’d like to talk to Audrey some more but then he’d have to go into the liquor store, and he hasn’t gone into a liquor store in six months. But he hasn’t been on a date in even longer. He knows that just walking into a liquor store doesn’t mean that he has to buy anything, and he knows that Audrey may have just been passing the time, she may have a boyfriend, she may just not be interested.

He can’t tell if walking into the store and talking to Audrey will make him feel better or worse. He can’t tell if he’s breaking patterns or repeating them. He doesn’t want things to be the same anymore. He’d like to be Gideon El Diferente. But he doesn’t quite know how.